Economically, there was never much of a middle class among jazz musicians, but to steal an Occupy Wall St. slogan, we are now in a 99%/1% situation. In this post, I'll take a look at whether it's useful or folly to apply the OWS paradigm to the jazz financial picture.


In the Occupy Wall St. realm, when you sweep away the bologna covering the pro and con arguments, what's left is a disagreement about meritocracy and the Myth of Mobility: 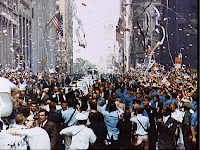 Side One
If the unemployed sleeping out in urban parks across the US were just a little bit smarter and talented, a little bit more persistent, a little more "social" that rag-tag bunch might have landed in the Wall St. or State St. offices that look down upon them.

Side Two
Meritocracy and mobility have been undermined by an unholy admixture of big business and the Government that has created rules and conditions that grossly favor the "ins" and "haves" over the "outs" and "have nots." The game is rigged.

Meritocracy and the Myth of Mobility seem to come wrapped in a bundle, with Manifest Destiny. I.e., our nation was destined to reach from coast to coast and bring, er, civilization to the Cubans, Filipinos, Panamanians, etc. Of course, there has always been dissonance between pulling together as the UNITED States and the myth of the "rugged individualist" (a dissonance, by the way, which jazz has taken on as a fundamental challenge and successfully dealt with). Right now, this conflict continues to play out as "We need a Safety Net" versus "Why should they get a Handout." 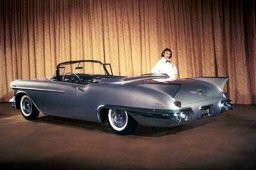 So, what about it? Are meritocracy and mobility alive and well in jazz?


The young-uns must still believe. Jazz blogs, including this one, have devoted a lot of virtual ink to the gap between the growth of college jazz programs (and tuition) and the dearth of jobs graduates can expect to find. Yet, young musicians still cough up the dough, matriculate and flock to jam sessions, believing that if their skill shines brightly enough in ten choruses of Cherokee, they will climb into the elite. Evidence says this is magical thinking.


Non-musical elements have always been at play in the jazz economy, but has the balance dramatically shifted between musical and non-musical factors and is there anything we can do about it?

How about the role of "connections"? Is belonging to a well-known jazz family the equivalent of being born on third base? I think that's always been a double-edged sword. In terms of knowing the music, it's certainly an advantage to grow up in a hothouse jazz environment, but the fame of the parent can mean the bar is raised much higher for the offspring. But, if you're from the right family, have musical talent and a gift for self-promotion, you're on the fast track to the 1%.
What about "looks?" Most jazz careers are built on more-or-less solid musical fundamentals and not cute YouTube videos. But, does cute help even in jazz? Damn right it does, although there does seem to be a shift. Where once there might have been room for both the more talented, less attractive and the good looking and less talented, the slots are now so few that having "enough" talent and good looks seems to be more and more the winning combination. Great looks and talent=+/-1%.
What about the world of jazz journalism? The few remaining daily papers mostly ignore this music, but there is still a large network of coverage: internet, magazines and broadcasters. Many critics are concerned about new talent and sift through enormous quantities of cd's, generating abundant articles and Top 10 lists. 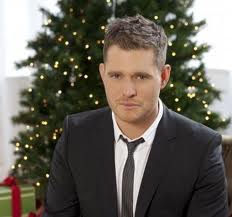 Certainly, this activity is vital to the infra-jazz circle, but the gap between critics' choices and the money in the pocket of those tapped for recognition is wide. When was the last time Michael Buble was praised by critics? Yet, his Holiday album is outselling even Nickelback's, while Steve Coleman's latest was nowhere in sight. If a jazz musician does breaks through on the charts, you know he or she will either be playing an easier-listening version of the music, or they'll be dead.
At the top, I mentioned the kind of skills that financial top dogs are purported to have in abundance, i.e., persistence, intelligence and social skills. Do these matter in jazz? To some degree, yes, and these skills are present in both the 1% and the 99%. But, to the extent they can be taught or instilled, jazz educational institutions have an obligation to try to instill and hone these skills in students.


What part, if any, does government regulation play here? Unlike in the financial world, there seems to be no unholy government-music industry liaison squashing the 99%. The tax codes are an abomination for us all, inside music or out. Some would make a case for more government arts funding and yea, it'd be nice, but it will never come close to reducing the bottom 99% to anything less than the bottom 95%. 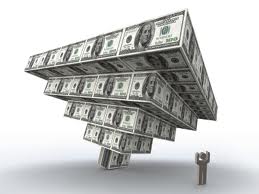 The licensing/royalty distribution organizations-BMI, ASCAP and SESAC-are a definite problem. This triumvirate is involved in its own form of wealth redistribution. Unfortunately, this redistribution results from formulas that give proportionally more income per unit to those at the top and less to those at the bottom. In terms of activism, this is something that needs more attention. Occupy BMI. 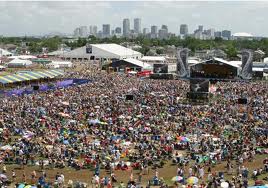 How about club owners and concert producers? Fewer gigs and a steep drop in album sales means that the tried-and-true and formulaic are firmly in control. Mucho bucks go to the same crowd; a short-run path to solvency, but a long-term disaster in terms of building audience. Collective action, as I've noted before, is the best response. Make your own co-op venues, rent out cheap spaces, promote each other's gigs. It's not Occupation, but it is useful activism.


A diminished jazz audience and file-downloading seem to be the 900-lb. gorillas here. There will be turnover in the 1%, but that's merely a "replacement" scenario. The talent pool actually seems to be expanding, but it has not resulted in a growing audience and an expansion of the jazz musician-middle class. In that respect, it seems to be a zero sum game.


Sound defeatist? Don't mean it to be. Yea, I think it's hard to do much about most of this stuff, just as it's hard to let go of the easy griping about unfairness, lack of exposure, government inactivity, etc. and concentrate on those things that activism might actually impact: Hold the feet of licensing organizations and jazz teaching institutions to the fire and work collectively to increase gigs and promotion of jazz events.

Personal change is very tough, but if possible, learn to schmooze even if it kills you. Teach yourself available technologies. Utilize all pathways of promotion and generally, do whatever you can to project yourself in the world as a vital musical force. I'm sure my insightful readers have many other ideas.


Specific demands are the way to go. I hope jazz activists see that and I hope the Occupy movement sees it too.


Postscript: After I posted this, I read Nicholas Peyton's famous/infamous post on why jazz is not cool anymore. He too uses the expression "Occupy Jazz."
Posted by Steve Provizer at 4:04 PM

Gotta express my guilt here and reveal that my 6 year old daughter really seems to groove on jazz. She hums along to whatever out thing is playing, does little dance moves and after the cuteness wore off I said to my wife: "Damn, this might not be a good thing. Jazz is so poverty-stricken. What if she ends up attracted to a jazz musician?" Best, bp

BP-Danger lurks behind every corner. If it's any comfort, I actually went out of my way to expose my daughter to jazz. Now that she's 14, all that early jazz seems to have been an inoculation, serving to protect her from any future interest in the music.

I've long had a solution as to how to increase the popularity of jazz yet every record label I've approached has foolishly nixed the idea. Here goes: Have an incentive to pre-order new releases with the inclusion of a small packet of snortable heroin. I can hear the rubes now as they kick back and spin the disc: "Ah, now I get it. This is heavy sh*t, man." Best, bp