In honor of the 50th anniversary of Frank Zappa's Hot Rats, here are my lyrics to "Peaches En Regalia" (every note). 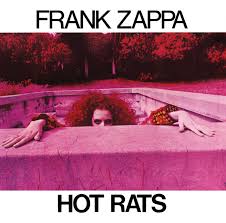 Too lifelike to destroy,
That fruit can bring you joy.

Let’s put those peaches en regalia;
March proudly with them,
Watch them walk down the street.

Please won’t you let them pass by safely;
Don’t spit on them and don’t eat their little feet.

On a melba float, you can gloat,
As you proudly cheer:
“Let the peaches vote,” they can quote,
Shakespeare, they’re sincere,

You won’t feel remote, if you note,
How they wave to you
Just as if you were the proudest parents who had raised them
Like they were your own small fruit-like children.

Teach them loyalty, wisdom, dignity;
Open a can, let your mind expand.

Set them free, remember even fruit has dignity.
When they come tell them hello,
When they leave tell them goodbye and
Come again, next time please stay longer.

Beware of reincarnation, that fruit you eat may be family,
What if you have stuffed a great-aunt in a spongy cake,
Have a heart, what if she is suffocating
In gooey artificial topping.

They like to dress in nice clothes,
A small string tie and a leisure suit.
No sense resisting a clean, well-dressed fruit,
Panama hat and their snakeskin boots.

Choosing fruit that really sings is not as easy as it seems,
No watermelon, pomegranate, seedless grape or sundried raisin
Has the impact of that peach so fuzzy, fully ripe, delicious.

The Happy Place and All That Crap From China 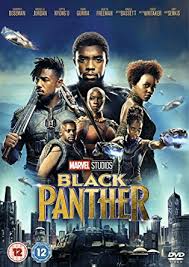 I'm not much for movies based on comics, but I saw “Black Panther”  because I'm a SAG voter and it's nominated for Outstanding Performance by a Cast in a Motion Picture. Since there is no "best picture" category, per se, this becomes the closest equivalent. (‘Black Panther’’ is also among the five films competing for the Best Adapted Screenplay award by the Writers Guild of America).

The hype around the movie was pretty loud, so while I didn’t look closely at the details, I knew that it had a black director and an almost completely black cast and that it featured a somewhat edenic, technologically advanced African country. Bravo, thought I, maybe the movement to get more minority representation in "big" films was starting to get some momentum. Now that I've seen the film, I'm kind of astonished that the actual somewhat regressive racial attitudes portrayed by the movie did not seem to be the subject of much, if any, public discussion.

I don't want to assume that people know the plot, so here’s a very brief recap (skip the next 3 paragraphs if you know it):

The hero is T’Challa, son of the king of Wakanda, T'Chaka. T’Chaka was assassinated by Luke Claw, the main bad guy (Caucasian variety).

We learn that King T'Chaka killed his brother N'Jobu, because N'Jobu had transgressed the rules of Wakanda-he'd stolen some of their precious material vibranium, which he wanted to use to create powerful munitions for liberation movements around the world. N'Jobu had a son and after T'Chaka killed N'jobu, he chose to leave the child in the US and not take him back to Wakanda. This child, named N’Jadaka, grows up to be the chief antagonist to our hero T'Challa. We learn that as an adult, N’Jadaka joined the US military and the scores of symmetrically tattooed scars on his body testify to the many kills he racked up. He takes on the name Killmonger.

T'Challa goes on a mission to bring the assassin Luke Claw back to Wakanda, but fails; in part, because of Killmonger's intervention. For reasons of his own, Killmonger wants to kill Claw himself. He does and shows up in Wakanda with Claw’s body in tow and challenges T'Challa to a ritual fight to become the new king. He vanquishes T'Challa, assumes the throne and begins the process of sending powerful vibranium weapons to black liberation struggles around the world. The rest of the film is devoted to T'Challa retaking his throne from Killmonger and returning Wakanda to its pristine, isolated condition.

Let's take a look at how these two main characters are presented. T'Challa is a handsome man of noble bearing. He speaks clearly, as do all the residents of Wakanda, in an English inflected by a generalized African accent. Occasionally, the native Wakandan language is spoken. It may be rooted in an actual African dialect. I don't know, but it sounds convincing.

Killmonger, on the other hand, is inner city all the way. Apparently he's as much a killer in the comics as he is in the movie, but what is not said in the film is that he is not merely cunning, but very intelligent, studying technology at MIT. His hair is in modified dreadlocks and his talk is street. When he speaks the Wakandan language it sounds less “genuine.” He is portrayed as violent, vengeful and hateful, thus rendering his attitude about supporting liberation movements null and void.

After Killmonger has lost the final battle with T'Challa and is sitting with a knife in his chest, he gives an emotional speech. He talks about the fact that his father had promised to take him to the beautiful Wakanda and of course, that it was never to be. T'Challa says that they can keep him alive if he so chooses (Wakanda has very advanced medicine) and Killmonger says no. He knows that if he is kept alive, he will be kept imprisoned. He chooses to die and pulls the knife out of his body. He asks to be buried in the sea, where his forefathers had leapt to their death from ships rather than being brought as slaves to America. This bloodthirsty character is willing to act on the basis of his knowledge and understanding of the history of his people.

There is also the interesting plot wrinkle that has a white CIA agent, Everett Ross, being taken for medical treatment to Wakanda after saving the life of a Wakandan in the course of a gun battle with Claw. As an ex-pilot, Ross is drafted to shoot down the planes trying to carry the contraband vibranium out of Wakanda in the culminating battle. He succeeds in heroic fashion.

This is all simply muddle-headed. On the one hand, the dire conditions that Africans suffered in America are acknowledged as are, during the course of the film, the subjugations that minority populations endure around the world. At the same time, proponents of anything but continuing the isolation of Wakanda are portrayed as thugs and/or traitors.

The crux of the film is whether Wakanda will export its technology or will remain isolated. The problem is posed in these terms: Either Wakanda retains its idyllic existence or it initiates a worldwide bloodbath. The last scene in the film attempts to ameliorate this dire dichotomy by returning us to the scene of the fratricide that took place at the begininng of the film. There, while young black kids playing basketball look on, T’Challa, who has bought up all the local real estate, brings down a Wakandan aircraft, the first step in bringing a cultural exchange center-part of a worldwide outreach effort.

Granted it is a comic put on film, but a project of this magnitude, calculated to appeal to a worldwide audience, has chosen to represent a political/cultural issue in a fairly retrograde way. Yes, this issue is far from simple: When, if ever, is armed struggle necessary to achieve political liberation? Unfortunately, the film is not prepared to actually address that problem, taking a reductionist, somewhat retrograde approach; one that pits black people against each other, with the “good” people on the side of isolation and the “bad” ones on the side of engagement in the struggle.

Posted by Steve Provizer at 5:04 PM No comments: