The 1950's: a Brilliant Decade for Trumpeters

I started off with the idea of looking at a few of the less well-known trumpet players who came of age in the 1950s. As I looked more closely at who reached maturity and was at or near the top of their game in that quiet Eisenhauer decade, I couldn't believe the wealth of players. There were the famous: Kenny Dorham, Clark Terry, Blue Mitchell, Joe Newman, Clifford Brown, Lee Morgan, Art Farmer, Maynard Ferguson, Chet Baker, Donald Byrd, Doc Severinson(you could arguably put Miles here too).
Then, there were the somewhat less well-known: Nat Adderly, Idrees Sulieman, Bill Hardman, Thad Jones, Carmell Jones, Booker Little, Dizzy Reece, the Condoli Brothers and Johnny Coles. Then, there are those whose names are pretty much restricted to the cognoscenti: Richard Williams, Don Fagerquist, Shorty Rogers, Cy Touff, Ernie Royal, Dupree Bolton,  Tony Fruscella, Jon Eardley, Don Ellis, Jack Sheldon, Herb Pomeroy. I'm sure readers can, and probably will, name some I forgot.

The playing of many of these guys does not fall easily into one category. They had mastered the bop idiom, but most were not strictly boppers. Some were cool, some partially so; some hot; some came from the West Coast, but didn't play "West Coast," some came from somewhere else but did; some chose the cutting edge, others went down the middle.

I'll hoist a glass to some of the players from this stellar decade in upcoming posts. Today, I'll feature one from the cognoscenti pile: Don Fagerquist.


No, not a Swedish dessert, he was a Worcester, MA guy (1927-1974). Like many players of that era, he spent significant time filtering through big bands. At just 13, he worked with local groups led by Bob Pooley and Dol Prissette. At 16, he joined the well-known Hal Mallett (oops, Mal Hallett) big band and in the next few years, he spent time in the trumpet sections of Gene Krupa, Artie Shaw, Woody Herman and Les Brown. 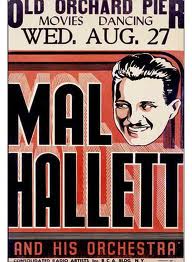 Around 1950, Fagerquist moved to the West Coast. He joined the staff of Paramount FIlms in 1956 and only recorded twice as a leader-for Capital (I Had the Craziest Dream) and Mode (Music to Fill a Void), but he was a featured sideman soloist on innumerable jazz sessions. You can get a pretty good idea of his discography here, although it's thin on the early stuff and on track info. The rest of that Helgerson tribute site has excellent transcriptions of Fagerquist solos.

Fagerquist played from the bottom of the horn to the top and his tone was consistent throughout. The top end is clear but not piercing and he could play lead, but that was not his natural spot. His tone uses a touch of the "squeeze" that I often hear from cornet players. He uses vibrato well, floating it in and out to good effect.

Here's a cool little video with historical footage of Don and his home town Worcester, put together by journalist/blogger Chet Williamson, who has an interview posted with Don's sister Evelyn. Fagerquist was a frequent collaborator with Marty Paitch and plays here on his arrangement of "Smoke Gets In Your Eyes," from the 1957 album "Eight By Eight."

Here he is as featured sideman in a Terry Pollard date from 1955, playing "Autumn Serenade."

As noted, he only did a couple of dates as leader. This is one, a 1957 octet date. The tune is "The Song Is You." Note also the fine alto work of Herb Geller, another West Coaster whom D.F. often played with:


So, Fagerquist was a fluent improviser, willing to give each chord change its due. He had his "things," but the percentage of fall-back licks to newly created melodies was low. He had great control of the horn and while not forging a unique path, was a solid contributor.

Unfortunately, many of the guys from this era, including Fagerquist, were caught in the post-Parker wave of drug or booze abuse (others met untimely fates through automobile accidents and illnesses). For an insider's view of Fagerquist's life and playing, read an extensive Jazzwax interview with saxophonist Dave Pell.
Posted by Steve Provizer at 4:39 PM

Yeah, Steve, Don Fagerquist! An outstanding bugler indeed. I wanna add another really great colleague: Red Rodney, one of the last messengers of the bebop era who stuck to his fluent style (together with his soul brother Ira Sullivan) until he died.

Feel free to click on my name, and hear Charlie Shavers sum it all up.

All best, and keep up the great work!

Your brother in brass,
Brew

Thanks, Brew. I course I thought of Red, whose playing is fantastic. I didn't include him because I considered him someone whose playing was already mature in the 40's. It's a debatable point!

Well, yes, Red was mature, but his playing grew more independent and securer during the 1950's. His "Red Arrow" LP (1957) with Elvin on one side & Philly on the other is just outstanding.

Here's an interesting entry about him at Ted Gioia's abandoned blog, written by Eric Wendell.

Red had a hell of a life.

Yes, I've said for a long time that someone should make a movie of Red's life. If I was more ambitious, I'd write a biography of him.

Ah, the ravages of age. Joe and Lennie are, of course, worthy of inclusion.