"The Shadow of Kitty Genovese" by Stephen Provizer (reprised)

This is a re-written version of a piece from last April, which I'm reprising as a pre-quel to a post later this week about the Occupy movement. I think it's timely.
I recently re-discovered the unusual Phil Ochs LP "Pleasures of the Harbor."  A song from that album, "Outside of a Small Circle of Friends," and another song from 1967-"All's Quiet on West 23rd," by a group called "Jetstream"-were inspired by a 1964 incident in Queens where the murder and rape of a woman named Kitty Genovese went unreported by neighbors. 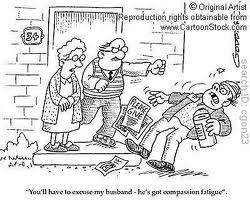 No doubt the Bystander Effect is second cousin to what's been called Charity or Compassion Fatigue, a more diffused phenomenon-about an accumulation of events than a specific one.
What has yet to be found is an explanation for a phenomenon I've been puzzling over for a long time: that people are willing to de-prioritize their own well-being in order to make sure that some one or some other group of people does not make out better than they do. The key example is believing that unions don't represent a way for lots of people to get a fair deal from employers, but a threat to one's own well-being.
I despise but at least understand why we humans are willing to ignore the physical harming of someone else-it's a self-protective reaction. Ditto that stressed financial resources can explain a person's ignoring the plight of someone else with a disease or handicap. 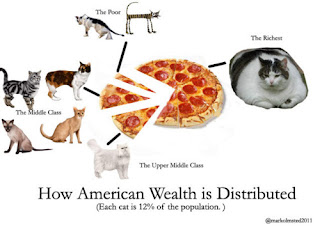 But how to explain the widespread belief that the decent wages and job security of a fellow working person are more of a threat to your well-being than the massive accumulation of wealth at the top, or the enormous military expenditures used to support a decaying American empire around the world? This is sheer masochism, rooted in a massive disinformation campaign, combined with a bizarre belief that people born on third base deserve help getting to home plate.
It may be time to let go of the "I'm not poor, I'm just not wealthy-yet" mythology, to recognize that we have been divided and are well down the road to being conquered-and that your local teacher or pipe-fitter are not your enemies. Kitty Genovese, collector for Clean Water Action, the Hyatt 100, what's become known as the 99%-we're all in it together.
Posted by Steve Provizer at 5:45 PM 4 comments:

It's a hoary concept, but still viable. Although it's possible that some of the non-candidates are not Republican. I have tried to err on the side of deeper psychic similarities: 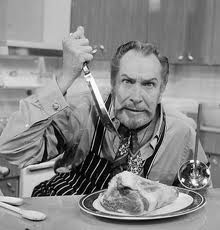 Review: "Jammin' at the Margins" 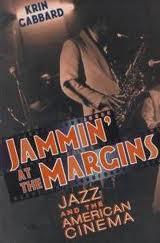 Once again, the academic slavies in Brilliant Corners U. (Uber-Graduate division) have been plowing through a book about jazz and popular culture: "Jammin at the Margins" by the prolific Krin Gabbard, who's been reviewed here before ("Horns and Hormones"). Published in 1996, the book might seem like old news, but as far as I can see, no one ever wrote a review of this book longer than a paragraph.

Having other Gabbard tomes under my belt, I anticipated his approach: an academic/general reader hybrid, using cultural theory, some historical research and, in this case, plot summaries to back up his theses. All such theses stem from a central precept, which we've seen before from Gabbard: jazz as manifestation of black sexuality and the ways that white culture attempts to come to terms with/subvert/co-opt this sexuality.