Jazz can be played on just about anything, as I think this show illustrates.

Listen to the show HERE.

Art van Damme "You Stepped Out of a Dream" from "Accordion a La Mode" (Jazz, 1961) on Columbia

Bix Beiderbecke "At the jazz band ball" (Jazz, 1927) on Columbia

Roland Kirk "The Black and Crazy Blues" from "The Inflated Tear" (Jazz, 1968) on Atlantic

The Joe Locke Quartet "Time Like the Present" from "Sticks and Strings" (Jazz, 2007) on Jazz Eyes

Toots Thielmans and Bill Evans "I do it for your Love" from "Affinity" (Jazz, 1978) on Warner Bros.


Dorothy Ashby "House of the Rising Son" from "The Fantastic Jazz Harp of Dorothy Ashby" (Jazz, 1966) on Atlantic
Posted by Steve Provizer at 1:36 PM No comments:

I just read Sweet Thunder, The Life and Times of Sugar Ray Robinson by Wil Haygood. Sugar Ray Robinson (nee Walker Smith Jr.), one of the most successful boxers in history also had some skills as a dancer, singer, pianist and drummer and when his boxing career was on the ropes, he tried to make it as a performer. His fame got him gigs, but his talent was not enough to keep folks coming.

Still, his boxing stature, love of music, and his presentation as a confident, sharply dressed, widely esteemed black man put him in solid with Harlem's cultural elite and musicians like Billy Eckstein, Lena Horne, Miles Davis and Dizzy Gillespie. Miles was drawn into boxing through Robinson and it became an important part of the Davis mystique.

Mythically, as many have noted, jazz and the sweet science are linked through:
While there's a vibe that links them together, in many ways the resemblance is only-pun intended-skin deep: 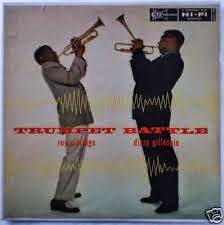 All that said, there are boxers and jazz musicians who I think bring the same kind of energy to their work. Here are some who seem to me to be electro-magnetically aligned.


Read more »
Posted by Steve Provizer at 1:29 PM No comments: 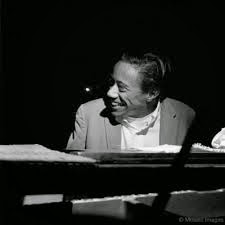 On the Duplex Mystery Jazz Hour, January 15, 2015, two hours of pianist, composer, bandleader Horace Silver, with bio info and occasional musical analysis by the host, whoever that is.


Listen to the show.


Posted by Steve Provizer at 2:23 PM No comments:

And Then God Created Chet 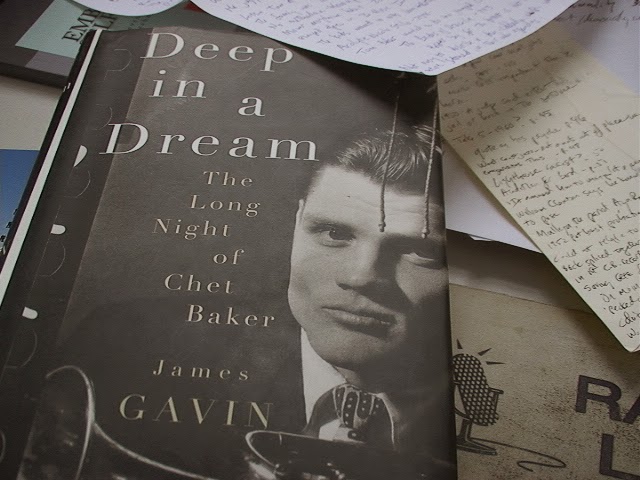 One thing I can say about James Gavin's Deep In a Dream: Hagiography, it ain't. In fact, it can stand as testament to Chet as the poster child for "the music is not the musician;" the ultimate example of the wrong-headedness of imputing personality or character traits on the basis of someone's music. Gavin makes sure we understand that the only mistress Baker was ever faithful to, the only friend he ever made any sacrifices for, was dope; that the people who bought into Baker's good looks, sweet sound and romanticized presentation were all played-big time.

And yet, while here's not much reason to respect or like Baker, it's odd that Gavin doesn't seem to particularly like or respect his music, which he often describes as cold and devoid of emotion. It's as if he's set out to save his readers from becoming zombie dupes of the Chet Baker mythology.

But, the fact is, Baker's stature as a musician was not cut from whole cloth. Yes, the music mutated into "phenomenon," working its way outward, amplified until the layers of bullshit overwhelmed the musical core-and Baker was completely complicit in this process. Still, when self-abuse hadn't gotten the better of him, there was always something magnetic in Baker's music and to the degree Gavin doesn't recognize that, the book is out of balance.

I'm not saying cut back on the gruesome tales of collapsed veins, violence and pathologically selfish, destructive behavior. We're reading for that, too. But the author's ambivalence about Baker's music leads to contradictions and unanswered questions:


Ironically, Gavin's approach is comparable to the infatuation he imputes to Bruce Weber, who made the film "Let's Get Lost." Aren't infatuation and dismissal just opposite sides of the same coin? Both Gavin and Weber short-change the music. Weber gives us a lovely and compelling portrait, with dark undertones and very little air time devoted to the up-tempo, dextrous trumpet player Chet Baker. Gavin gives us a dark portrait, unrelenting diss, with little energy spent on the music. For Weber, the music meant that all sins could at least be understood, if not forgiven. For Gavin, the sins meant that the music could not be trusted. Either way, both the book and the film are obsessed with Chet The Image.

I'm not asking for transcriptions of solos. That's a different book. I'm trying to deal with Gavin's book on its own terms. He's written a juicy tome, but in not believing in the music enough to dig more into it and ask more questions about it, Gavin has me backing away from the descriptors of Baker and his music that riddle the book and to the psychological insights he offers. This makes his book shade too much toward the Kitty Kelley school of biography. 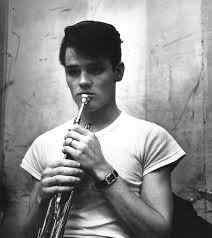