A brief biographical and musical look at two of the great trumpeters in jazz.

Here's the (one hour) show.

Lee Morgan “I'll Never Be the Same” from Sonic Boom (Blue Note 1967)
Posted by Steve Provizer at 4:51 PM No comments:

On this show, which aired on 20.27.23, we explored the eclectic musicality of Ken Field-instrumentalist, composer, bandleader and educator.

I apologize for the high noise ceiling during the dialogue. 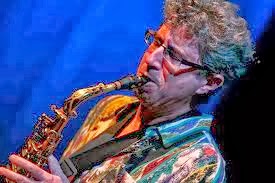 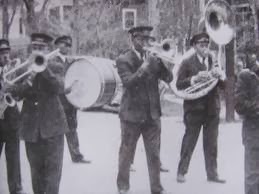 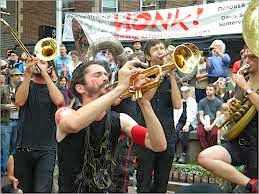 The Duplex Mystery Jazz Hour on October 3 and upcoming on the 10th showcase music that inspires many of the brass bands playing October 11-13 in Honk, probably the largest gathering of street brass bands in the world.

This program focuses on early brass band music-mostly from New Orleans. The next show will feature the new brass music from New Orleans and some Balkan music, another strong influence for Honk! bands.


The Laneville-Johnson Union Brass Band"Preaching tonight" from "Music From the South" (1955), on Folkways

Louis Armstrong "When the Saints Go Marching In" from "Jazz at Newport" (Jazz, 1919), on Wolf

Eureka Brass Band "Just a Little While" from "Jazz At Preservation Hall" (Jazz, 1966) on Atlantic

Olympia Brass Band "Down By The Riverside" from "Here Come. Da.." (Jazz, 1974) on Preservation Hall

Posted by Steve Provizer at 10:10 AM No comments: