Mr. Kurtz says he wants the book to "rankle" and just to make sure-unlike Monty Python's Inquisitioners-he never bothers with the comfy chair. Instead, he wields the weapons of sarcasm and innuendo. The rhetorical bombast doesn't fully negate the credibility of his thesis, but it does make reasoned argument and subtle analysis seem less important to the author than the need to vent.

Mr. Kurtz would like to re-write the book on many musicians, including Dizzy Gillespie and John Coltrane. He calls Dizzy the "Carmen Miranda of Bebop," whose interest in Latin rhythms was calculated solely to take advantage of pop trends and broaden his popularity. It's interesting that Dizzy kept up that charade for another 50 years.
Mr. Kurtz sucks all the spirituality out of Coltrane's life and music and simply reduces him to being one of the purveyors of "New Black Music" of the 60's. "...the New Black Music," he says, "represented no one and nothing beyond the lacerated ulcerations of a few pathologically dyspeptic outpatients with saxophones."


Almost half the book is given over to an analysis of hip hop lyrics. It is a wearisome litany for several reasons. First, for little-old bourgeois me the lyrics themselves are pretty vile. They speak for themselves, but Mr. Kurtz won't let them. A biting and incessant sarcasm accompanies us through the journey. Was hip hop's lifestyle and music simply a play for more market share, a reversion to savagery or might there be some other social elements at play? The author does attempt to provide a cultural context, but the parameters of his context consist only of censorship-crazed prigs, calculating records execs and gagstas. Any other approach to hip hop gets not short shrift-it gets no shrift. 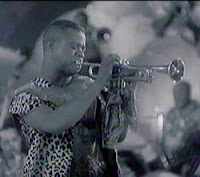 Mr. Kurtz chooses to look at episodes like Louis Armstrong wearing a jungle costume in a Hollywood movie not in the light of the pervasive racism of the time, nor does he leave room for the possibility of Armstrong's transcending the trappings of the part. In this book, character is one-dimensional, motivations base and deeds irreversible. This is why Abbey Lincoln's posing for an early processed-hair ad means her future political activity can't be taken seriously.

Does he occasionally sweep away some race-based cant? Yes. For example, his analysis of the difference between Joe Turner and Bill Haley's version of "Shake, Rattle and Roll" seems on the money: it was energy that elevated Haley over Turner, not racism. His explanation of why and how some black R&B artists were able to cross over without compromise is well reasoned. 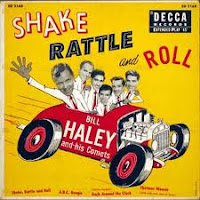 Mr. Kurtz's breezy style often seems out of place, but is easy to read and sometimes good for a laugh, as when he calls a Life magazine round table on modern art "..an overlong exhalation of hot air by Fifteen Distinguished Windbags."

There's an occasional hint that the author sees more layers than he lets on, saying that the goal of  "Enacting totems of their own debasement," may perhaps be "...to defuse the totem's power by, in effect, beating your enemy to the punch–-even if it means punching yourself in the face." Then, he adds: "Or it may betray a deeper sense of collective inferiority."


He puts a disclaimer in the first chapter: "This is not an indictment of African Americans as a whole or of their music generally[his bold], but rather a critical look at one microscopic slice of black culture." That seems to be an invitation to judge his ideas on their own merit, but the author's narrow perspective undermines that effort.

Once in a while, it would have been nice for Mr. Kurtz to step back, take a deep breath and enjoy the music of an ocean vista. As it is, he chooses to relentlessly scrutinize a single drop of water trapped on a microscope slide, and everything he sees looks like it escaped from a horror movie. 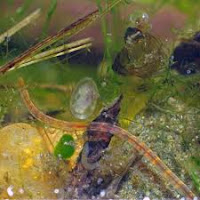 For another perspective on this book, there's an excellent analysis done by Ed Leimbacher at his blog Eye Witness.

I also suggest reading the various, contentious blog postings about Randy Sandke's book "Where the Dark and the Light Folks Meet: Race and the Mythol­ogy, Pol­i­tics, and Busi­ness of Jazz."

Posted by Steve Provizer at 4:09 PM No comments:

Posted by Steve Provizer at 3:59 PM No comments:

I shot this video on 8.21.85 at the Charles Hotel Courtyard. I'm glad to be able to add this to the store of documentation on this brilliant trumpet player. The other musicians also kick butt.

Video and notes by Steve Provizer

The passing of time only seems to make this material stronger. There is such fire and intelligence at work here.

This tune is too long for YouTube, so I had to divide it into 2 videos.

Posted by Steve Provizer at 12:41 PM No comments:

Raphe Malik Quartet at the Willow-Pt 2

Posted by Steve Provizer at 12:40 PM No comments:

Orange Then Blue hands it off to the Either/Orchestra

It makes a strange baton, but "Friday the 13th," by T.Monk, is what gets passed so that Orange Then Blue can get off the stage and the Either/Orchestra can get on during "Big Bands On The Edge.

All details are posted at utube.

Posted by Steve Provizer at 8:02 PM No comments:

"The Hard Blues," by Julius Hemphill

This is the second video I extracted from "Big Bands On The Edge," a concert I produced in 1989 at the Emerson Majestic Theatre in Boston. It flashes between straight-up blues, extra-bop lines, funk and freedom. The Musicians are listed in the post below.

Posted by Steve Provizer at 11:15 PM No comments: