George Russell on the DuPlex 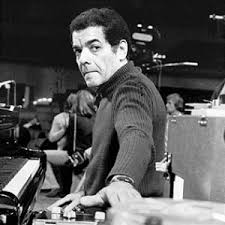 The DuPlex Mystery Jazz Hour took a look at the work of this important composer/arranger/pianist on 6.22.17. Russell should be given his due as an important formulator of the modal concept in jazz,   adopted by so many musicians in the 50's and 60's. He was also a very early adopter of electronic instruments and synthesizer in jazz.

Posted by Steve Provizer at 12:31 PM No comments: 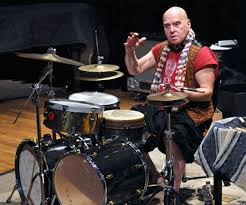 Ra Kalam Bob Moses, my guest on the DuPlex of 6-15.17 has been playing drums, percussion and other instruments professionally since the mid-1960's. He has played with a long lost of top tier-and boundary-pushing-musicians and he continues to push those boundaries. He had a lot of interesting things to say about the music and the people, including Mingus, Rahsaan, Coryell, and guitarist-composer Tisziji Muñoz who is Ra Kalam's spiritual guide.

Ra Kalam Bob Moses "Explode, Reform and Move On" from "The Illuminated Heart" 2007 on Ra-Kalam Records

No surprise that filmmakers want to feature trumpet players in their films. After all, we are a complicated, sometimes volatile and, ahem, sexy cohort. I've written here about the odd character-illogical bent that movies show toward the species, but in this post, I'll restrict myself to analyzing how well filmmakers pull off the act of shooting a character playing the trumpet or cornet.

Let me note that, technically, no one is actually playing for the soundtrack while scenes are being shot. Music is almost never recorded live on a soundstage, but is recorded in an audio studio and mimed during the shoot (I did this myself as a member of a polka band in the as-yet unreleased Jack Black film The Polka King). That's the only way to be able to isolate any dialogue in the scene and it gives many more editing options. So, even if someone knows how to play, in a feature film, they always have to try and synch with pre-existing audio.

Let's start with the one scene I know of featuring a woman. In The Jerk, Bernadette Peters does an excellent miming job. Before she plays, she lightly licks her lip in a very natural way. Then, she actually fingers the right notes on the valves for a melody in the trumpet key of Aflat. Her embouchure is a little too loosy-goosy and the dubbing is very close, but not exact. She looks like an example of someone who is comfortable with the trumpet and maybe even knows how to play, but is not playing it here.

Jack Lord of Hawaii 5-O fame is in Play It Glissando, an episode of Route 66. Just from the awkwardness of the title (you can play _a_ glissando, but you can't play _it_ glissando), you can see the writers are trying to get hip but can't quite get there. I find that a lot in Route 66, but I love them for trying. Lord is cast in the Chet Baker mold and has the basic look right, but, as in most miming attempts, he's trying too hard to look the tortured soul. He's too stressed, too tense. Also, there's no variation in his chops; no indication that he's actually playing high or low, loud or soft. The director is smart enough to have only one shot where you can see him fiddling with the valves and that's a quick long shot.


Denzel Washington in Mo Better Blues does a very credible job. It helps that he is photographed in dim light-makes it hard to see his chops. They put him in the classic Miles pose-hunched over, with little movement. Spike is smart enough to give him a simple riff to play in close up and to pull back in the brief time the solo gets more complicated. Also, they know when the horn should have a harmon mute-and when it's open, for the solo.


Jack Klugman in a Twilight Zone episode called A Passage for Trumpet was not well coached. Here I speak not of his playing (although that too) but what he does when he goes to pawn his trumpet. Watch at :48.


Did you see what he did? First, he slammed his mouthpiece into the receiver-a sure way to get the thing stuck. Then, he actually, put the whole mouthpiece in his mouth. Never happens.

I had reservations about other aspects of Miles Ahead, but no question that Don Cheadle was serious about learning how to play and to do a good job synching to the soundtrack. Sorry I don't have a longer clip, but this clip should show how invested he was in getting it right. Keyon Harrold does the real playing.


Jack Just-the-facts-maam Webb, a big jazz fan, made Pete Kelly's Blues. The thing that made Jack's miming work credible is his intrinsic wooden-ness, which actually keeps him from engaging in the St Vitus dance that so many actors are subject to in miming a trumpeter. His valve work is not bad.


Probably the progenitor of the self-destructive trumpet player was Kirk Douglas in Young Man With a Horn, a film I talk about here. Kirk's performance varies, depending on how fast the music is. There are no clips up of him when he plays jazz, but here, apart from the usual excess physical movement, he does a credible job with a ballad (trumpet actually played by Harry James):


Montgomery Clift in From Here to Eternity has quite a challenge: to make Manny Klein's trumpet playing look like it came from a bugle. Of course, a bugle has no valves, so even though impossible to do, it's much simpler to mime. We only see him play in profile, so rating his chops is hard, but he has the correct look of a trumpet player who's had too much to drink, but has enough energy left to show off for 16 bars before he passes out.


Red Nichols and His Five Pennies has Danny Kaye taking the title role. Much of the musical slack is taken up by Louis Armstrong and Danny does a lot of singing (unlike Red himself). He comes onstage about halfway through the clip. Before that, you get to hear Pops. When he is playing, Danny is in long shot, with appropriately masking lighting, so not much pressure for cornet verisimilitude. Adequate, I guess.


SHORT TAKES/ ODDITIES  This post would take an eternity to load if I embedded all these, so I just provide the links where you can find the clips.

Amazing. At 29:15, Sugar Ray Robinson ("Biff") gets a lecture on the use of mutes in the TV series Land of the Giants(!) Later, Sugar and the actor play a duet on Give Me The Simple Life. "I hate to call a man a liar, but that's not the first mute I've seen." At the end, the actor has to charm a snake with his trumpet, using a few well-chosen minor scales. Now yer talkin'. BTW, writer Richard Shapiro's first writing credit is a script for Route 66. https://youtu.be/4ihHl2HadQI

Forrest Whittaker, in the production Lush Life does have the length of the phrases down, so that he starts and stops playing phrases at the right time;  points for studiousness. But, he also suffers from the same unnecessary rocking/excess motion that he had when he played Bird in Eastwood's movie. Some playing after opening credits and at 8:00: https://youtu.be/GSYfFE_BOMo

Burt Young plays another self-destructive trumpet player in Uncle Joe Shannon. Instead of showing us the tension in his chops needed to hit all those Maynard Ferguson high notes, Burt is in constant motion. Between that and the director shooting into lights and constantly moving the camera, attention is pretty much successfully diverted from how little effort Burt put into knowing anything about the music.
https://youtu.be/A_7z7CZZQlE

Thanks to FB friend Marty Krystall for reminding me about this, He wrote: "I worked on camera in a few shots with Kurt Russell in Swing Shift, with Goldie Hawn. Kurt studied the trumpet with Zep Misner for two months, and I heard him warming up on the set. He had a very nice, controlled sound. He was a natural trumpet man. I don't know if some of his playing ended up in the film or just his side-lining, but he could play." https://youtu.be/gMU8I4uMFIY

For Love or Country; The Arturo Sandoval Story features Andy Garcia as Sandoval, who, of course, is actually playing. Garcia does a very good job, although we might note that since Arturo's valves are almost in perpetual motion, it makes miming fast sections easier than in solos that are less moto perpetuo. https://youtu.be/3c06RIkstto

In Blues in the Night, Jack Carson does a credible job. Plus, there's a certain fascination in watching an entire group of actors pretend to play jazz. https://youtu.be/BJG0ZimloMY

One of the most ridiculous efforts and certainly the most vertigo-inducing, Mickey Rourke in Passion Play: https://youtu.be/apwHygpBzus

In Memories of Me Billy Crystal plays trumpet and, albeit with too much head movement, does a credible job. https://youtu.be/eVvhSBO0NnE

Dingo, a little known film with Colin Friels as the trumpet player(Chuck Findlay playing). I give Friels an B- for his mime job, but worth noting is the fact that this is the only film I ever saw with POV shots of the valves; as if seen through the player's eyes-or nose. https://youtu.be/AG5gZjKaPyw

Nice little trumpet scene from The Black Glove with ok miming by Alex Nicol of nice playing by Kenny Baker (I think) https://youtu.be/jMbT7JABKW4

In The Adventures of Buckaroo Bonzai, Peter Weller, who apparently actually plays trumpet, pulls out a pocket trumpet during a nightclub scene. I'll give it a mention just because, well how often do you see a pocket trumpet in a feature film? https://youtu.be/AbBMzGUlIRw

The Salton Sea has Val Kilmer (Terrence Blanchard playing) and the little I've seen on Youtube is disappointing; no effort to synch his valve work with the music and a laughable embouchure. Goo-ily romanticized bilge. https://youtu.be/swYBhpwTLAo

Dennis Leary in The Secret Life of Dentists does a credible job. They keep him in medium-long shot with low lighting. That helps. https://youtu.be/Zirk0GaE9fU

Unfortunately, I could find find no clips of Robert Wagner playing trumpet in All the Fine Young Cannibals, no trace of Syncopation by William Dieterle, 1942, that has Jackie Cooper as a jazz trumpet player and could not find clips of Antonio Banderas playing in Mambo Kings.

There are many more scenes that could be analyzed, especially in episodic television, but I have evaluated my own level of obsessiveness and feel that things have gone far enough; at least for the moment. I'd ask any readers who can cue us in to other examples to leave a comment here rather than responding on Facebook, although I'm happy if you do that as well.
Posted by Steve Provizer at 2:20 PM 7 comments:

Harvey Diamond and Lennie Tristano on the DuPlex 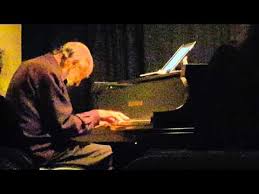 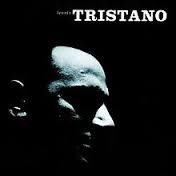 Pianist and teacher Harvey Diamond guested on the show on 6.8.17.  The show is notable for the music we heard from Harvey and Lennie Tristano and because of the insights Harvey shared about Tristano (possibly the only eminence grise in jazz), with whom he studied for ten years.

Lennie Tristano "Blame me" from "Live at Birdland" 1949 on Jazz

Lennie Tristano & Warne Marsh/Henry Grimes. "Continuity" from "Continuity" 1958 on Jazz Records
Posted by Steve Provizer at 9:56 AM No comments: