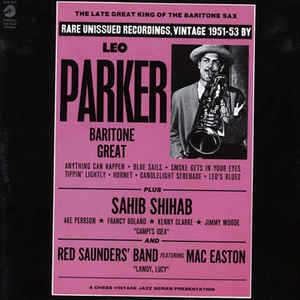 These are some of the slightly lesser-known folks who mastered the art of playing bop on the big horn early on. So, dig 2 hours of baritone sax on the DuPlex recorded on 4.27.17

Smoke Gets in Your Eyes-Leo Parker, unknown piano, Parrot, 1953

I recently reviewed Martin Torgoff's book Bop Apocalypse; Jazz, Race, The Beats and Drugs. Mr. Torgoff was kind enough to answer a few questions I sent to him via email.

One of the things that jazz people still try to understand is why so many players became heroin addicts in the 40's and 50's, even after it was clear that using junk would not make you the player Bird was. Did your understanding of this change before and after your research? Were you satisfied with the level of understanding you achieved about this question, or does it still seem puzzling?  Drug use is always a very complex and challenging subject, always made more so by the ideologies and hot buttons contained therein. I find it useful to try and look at it from the vantage point of the concept of set and setting, set being all of the factors and ideas around the drug phenomenon and setting being where it happens. In this case the setting is the jazz culture of the 20th century to 1960, and the set is all of the cultural, racial, social and political currents swirling around it. And beyond that is the human element. The idea that so many of the artists got on to dope because of Bird was only prevalent at the beginning of the heroin scene from '45 to '47--that was when it was a critical factor, but it went so much deeper than that. My research made me realize how the story of jazz and heroin and the aspect of the jazz lifestyle during that time was a story that played out against a whole backdrop that encompassed everything from the mafia's organization of the global heroin trade, policies of the police and the US government, and what happened in Harlem as a result--really the first great modern drug epidemic and an American tragedy. Dizzy Gillespie pointed out that very few in the community of jazz musicians and the larger African American community of that time really understood the implications or ramifications of heroin at first. I learned a tremendous amount but I am still staggered by how these artists managed to produce such a remarkable body of classic American music despite being strung out. It really says a lot about them.

New York City was the center of most of the activity of the book. You spend some time on the San Francisco scene, very little on Central Ave., Los Angeles in general and nothing about activity around Big Sur-all places with a lot of drug use and alternative cultural activity. I was interested in why you didn't write more about that. What I did in the book to a large degree was simply follow the marijuana. It arrived in New Orleans around 1910, just as jazz was coalescing, so it was a part of the story of jazz from the very beginning. It came up river to Chicago after the closing of Storyville in 1917; over the NY along with Pops and Mezz Mezzrow and also filters down to KC and the clubs during the 30s, and takes flight with swing. I mostly write about what happened in NY because of the culture of vipers at the Savoy and what happened when the early Beats intersected with the jazz scene, and then pick up the story of heroin. Of course this was happening elsewhere as well, as you point out in the case of LA and Central Ave (where Dexter Gordon hailed from). The drug scene in LA was quite robust, which produced Synanon, one of the first recovery communities.

Homosexuality was addressed, and to some degree at least, validated among the Beats, although much paranoia justifiably still inhered. Among jazz musicians, it seems to have been much more on the down low. At least that is the "common wisdom" and the way Bop Apocalypse basically handles it, which is not to bring it up in the jazz context at all. What's your feeling about this-was the incidence of homosexuality so low it was not worth addressing, or was the taboo about talking about it just more intense? Also, since influence seemed to flow from the jazz world to the Beats and not at all the other way, might there in fact have been some lessening of the taboo because of the Beat influence? Very interesting question. Beyond the homosexuality of the great Billy Strayhorn and the bisexuality of Billie Holiday, I confess that, like so many others, I know precious little about this in the jazz world of that time. It was such a taboo subject everywhere--so transgressive-- but especially in the black culture of the era. It must have been there, but forever hidden and now buried...Given that atmosphere, it's really quit astounding how open both Ginsberg and Burroughs were about the subject, but that appears to have had little or no impact on attitudes about it in the jazz scene.

Two of the competing myths in America are: Rugged Individual-Wild West versus the Shining City on a Hill. The first says we should be free to pursue our own lives with little or no government interference. The second says we are members of a body politic, complying with an implied morality associated with the Puritan/Yankee tradition. In the history of drug use and enforcement we see the latter myth clearly dominating. Why do you think that was so?

I believe the prevalent reason was race. The whole regime of drug prohibitionism and the first drug laws were really about containing the "Other", whether ethnic immigrants, African Americans, or Mexicans, bohemians, sexual and cultural libertarians, etc. Fear of race-mixing was behind all of the early drug laws. It's stunning how the story of drugs so perfectly affirms the thesis of historian Richard Hofstadter in his classic essay The Paranoid Trend in American Politics.
Posted by Steve Provizer at 11:30 AM No comments:

Why not take credit?  This show was meant to bring Spring out of its hibernation and the day after the broadcast, the weather took a decided turn for the better. Must be living right; or maybe it was the music. 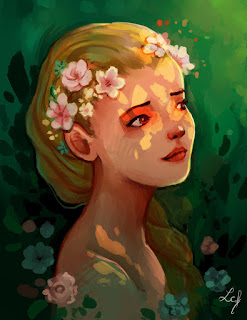 The Dave Pell Octet "Spring Is Here" from "Plays Rogers and Hart" 1954 on Pacific Jazz
Ella Fitzgerald "Spring is Here" from "Ella Fitzgerald Sings the Rodgers and Hart Songbook, Vol. 2" 1956 on Verve
Clifford Brown & Max Roach "Joy Spring" from "Clifford Brown & Max Roach" 1954 on Emarcy
Tony Bennett and Bill Evans "You Must Believe In Spring" from "Together Again" 1976 on Columbia
Dave Brubeck "Spring In Central Park" from "Jazz Impressions of New York" 1964 on Columbia


Chick Webb & Ella Fitzgerald "I Got The Spring Fever Blues" 1936 on Decca
Bob Dorough "Spring Can Really Hang You Up The Most" from "RIght on My Way Home" 1997 on Blue Note
Freddie Hubbard "Up Jumped Spring" from "Backlash" 1966 on Atlantic
The Four Freshmen "Their Hearts Were Full of Spring" from "The Freshman Year" 1961 on Capital
Posted by Steve Provizer at 6:01 PM 2 comments:

Katz and Gennari On the DuPlex

The 3.30.17 edition of the DuPlex Mystery Jazz hour had two segments. In the first, I played music by the group OddSong and spoke with its leader and composer Darrell Katz. In the second, I spoke with John Gennari, author of Flavor and Soul; Italian America at its African Edge. 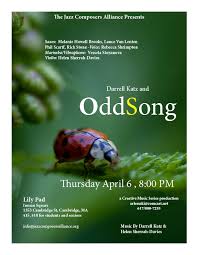 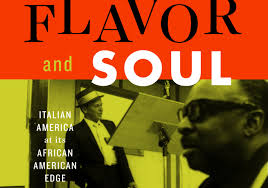 Daryll Katz and OddSong "Prayer" from "Jailhouse Doc with Holes in Her Sock" (Jazz, 2016) on JCA Records

Daryll Katz and OddSong "Jailhouse Doc with Holes in Her Sock" f
Daryll Katz and OddSong "Tell Time" from "Jailhouse Doc with Holes in Her Sock"
Daryll Katz and OddSong "Lemmings" from "Jailhouse Doc with Holes in Her Sock"
Joe Venuti & Eddie Lang "Stringing the Blues" from "Stringing the Blues" (1926) on Columbia
Louis Prima "House Rent Party Day" from "House Rent Party Day" (1934) on Brunswick
Louis Prima & Keely Smith "Oh Babe!" from "Oh Babe!" (1950) on Robin Hood
Lenny Tristano "Lullaby of the Leaves" from "YouTube" (1965)
Cab Calloway "Everybody Eats when They Come To My House" ( 1947) on Columbia
Dean Martin "Until The Real Thing Comes Along" from "This Time I'm Swingin'!" (1960) on Capital
The Rat pack "Birth of the blues live" from "YouTube" (1965)

Posted by Steve Provizer at 1:37 PM No comments: