"When Money Comes in the Door, Duende Goes Out the Window" by Steve Provizer 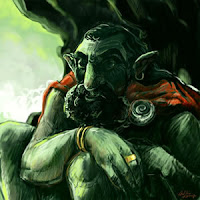 Duende was first a fairy or goblin-like creature in Spanish and Latin American mythology. Eventually, it became a concept-something that you could have, or which inhabited you; a way of describing the passion inherent in flamenco or other folk musics. The concept has had two main popularizers: Frederico Garcia Lorca and George Frazier.

Lorca 's complex vision of duende was irrationality, earthiness, a heightened awareness of death, and a dash of the diabolical. He said: "It is a struggle, not a thought." 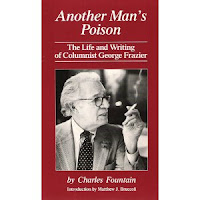 George Frazier was a mid-20th century columnist for several Boston newspapers and wrote for Esquire, Down Beat and other magazines. He was sartorially-obsessive and smart-ass, and wrote often about jazz and about duende. He was not really useful as an exemplar of an era-more a cranky anomaly. He was a working-class kid who aspired to infuse Boston jazz's hemi-semi-demi monde with his Ivy-League-tinged bonhomie.

Frazier applied or denied duende to celebrities like Joe Dimaggio and Frank Sinatra. He also applied it to The Guinness Book of Records, the Army-Navy Game and Sydney Greenstreet. In other words, by dint of having to crank out thousands of words a week for half a century, Frazier cheapened the concept, but he did bring a personal, idiosyncratic analysis to celebrity-hood and gave us a framework in which to think about fame which is still useful.


Being a celebrity in America was never a picnic. Homosexuality was verboten. Sham personalities and trumped-up romances filled the pages of smarmy columnists like Walter Winchell and Hedda Hopper. Sponsors, ad agencies, talent combines and film studios pulled all the strings. The only thing that may have changed over the last 40 years is more gender sexual-preference

What I would call Rebellious Compliance became the watchword and Justin Bieber is its current exemplar. In Bieber you find perfectly mated the illusion of accessibility with unachievable desirablility; an obfuscation possible so long as Bieber can be kept enshrouded in a cross-media-platform miasma.

The natural result of this ghastly press-agent potage is the papparazi-vulture, who feasts on the carcass of our projections. Technology and a growing culture-wide devaluation of privacy have made it worse, but it was always there: intercontinental cables and newspaper headlines followed the passage of Irving Berlin through Europe almost a hundred years ago.

Some celebrities may indeed have had duende at the outset of their careers and they may have charisma still. But duende requires courage. It requires dismissing self-image. In an upwardly mobile career, the sweet smell of success tends to begat the treacly putrescence of unbridled narcissism. Courage often gets replaced by hubris.

Duende still exists, but you have to use your own nose to smell it. When you walk into a venue-large or small-resolve to make up your own damn mind. Don't let the sizzle get you off the scent. Caution, though. Side-effects may include: irrationality, earthiness, a heightened awareness of death, and a dash of the diabolical. 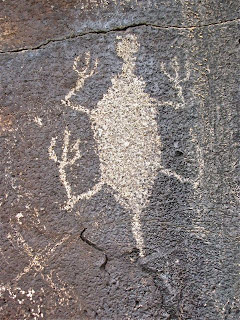 Posted by Steve Provizer at 5:45 PM

Do you remember his duende columns? What did you think about them?

I'd have to catch up on 'em, I just recall the jazz column in the Herald, which we stopped getting when I was about 11, so not so much