Taking the Sting out of Climate Change: "Summertime" 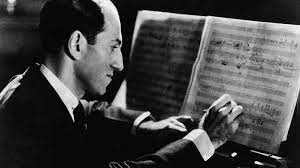 If I'm to be dragged into the fires of Hades while I'm still alive, I'll take this one along. Originally composed as a recurring aria for "Porgy and Bess," It's been taken in a wide variety of tempos and re-harmonized in some pretty radical ways. Yet, probably because of the strength of the melody, it retains its, well, Summertime-i-tude. All credit to George Gershwin and lyricist DuBose Heyward.

There's a widespread notion about Gershwin having been influenced by a Ukranian song. Wikipedia says:  "The Ukrainian-Canadian composer and singer Alexis Kochan has suggested that he based the tune on a Ukrainian lullaby, Oi Khodyt Son Kolo Vikon (A Dream Passes By The Windows)." Thanks very much to Anton for sending me Nina Matvienko’s version of that song: http://chirb.it/NExMH2. There are some similarities...

The Summertime Connection, a small international group of collectors has more than 30,000 full recordings of “Summertime,” but herein I offer a mere six examples. My criteria for choosing them was (1) how far away it ranges from the original and (2) how much I like it. Let's start off with a version of the original, performed by Harolyn Blackwell:

Billie Holiday had popular success with her version:

Ella and Louis, of course:

https://youtu.be/NEftw9o1joo
Posted by Steve Provizer at 11:10 AM