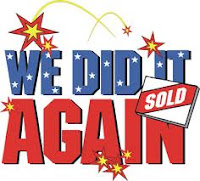 Inspired by the Thelonius Monk Round Midnight watch, we provided SimulacrumKits@ for Louis Armstrong and Charley Parker (see below). Once more, we have forged an unholy metaheuristic liaison, this time with a coven of disaffected Tampa Bay cheerleaders and created The Deluxe Miles Davis Simulacrum Kit. As with all our kits, it allows you to really "get next" this greatest of jazz improvisers. It includes:
1. Discarded Harmon mute stems (8)
2. Alimony check receipts (too many to count)
3. Harem pants (assorted colors)
4. Two roaches from Ferrari 275 ashtray (Davis ownership certified by Price Waterhouse)
5. 1944 Julliard Conservatory of Music freshman beanie
6. 1954 mash note from Bob Weinstock
7. Kind of Blue limited edition totebag

Last summer, inspired by the alliance between Sony and the Miles Davis estate which offered a mouthpiece replica, t-shirts and other fascinating items, we created our own Louis Armstrong Simulacrum Kit. And, we couldn't keep 'em in stock!

Always eager to cater to the whims of the insatiable jazz consumer, we have forged a metaheuristic liaison with a clutch of Ukranian businessmen and created The Deluxe Charlie Parker Simulacrum Kit. It includes: 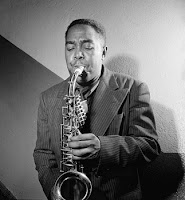 And, for the first 20 buyers, we will throw in shards from the cymbal thrown by Jo Jones in the infamous jam session incident (verification pending).

So act now. Our 'operators' are standing by.
And, as we always say, "it's not re-animation, but it's pretty damn close."

Some have castigated the recent alliance between Sony and the Miles Davis estate which offers "A mouthpiece replica of exactly the 'Gustat' Heim 2 model used by Davis especially created by Kanstul," t-shirts and other fascinating items. They even throw in 43 cd's. In fact, those corporate giants don't go nearly far enough in offering a package that can truly bring fans closer to their favorite artists. We have therefore forged a metaheuristic liaison with several Baltic-area businessmen and are delighted to offer the Deluxe Louis Armstrong Simulacrum Kit, composed of:
Act today and we will throw in a re-engineered recording of Armstrong's solos with the King Oliver band, with the rest of that rickety group stripped off and replaced by the same excellent studio musicians Clint Eastwood used to replace Potter, Roach and Haig in the movie "Bird."  Act now. Our 'operators' are standing by. It's not re-animation, but it's pretty damn close. 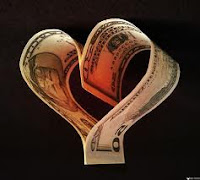 Posted by Steve Provizer at 4:34 PM

Miles hated weed-he said so in in his autobiography. Where's the Bolivian Marching Powder!

Yea, he said it and it may be true and they couldn't make it stick, but they did bust him after they found pot in his Ferrari. That said, I could have definitely thrown in a reference to BMP!

Steve, I'd like to work out a cross-marketing deal to sell these Simulacrums on troystreet.com, but I'd need a Boston-specific item or two to make it work. A Baron Hugo Dance Band Simulacrum? How about a Berklee Student Simulacrum? Perfect for the graduating senior or alumna on your gift list. We should talk.

Finally, a decent cross-promo/platform/monetization scheme. Fortunately, I have gained access to the Baron Hugo Codex (Edition four, mind you) and should have no trouble "getting the goods," as we say in the simulacrum business.

Where's the lost (then found in a Bostonian attic ...true!) Edison cylinder with Buddy Bolden from 1897?

We will be installing that behind bullet-proof glass at the SImulacrum Museum. Only trumpet players will get access.

By the way: When I was under way as the parody of an Italian jazz historian, and hobby bugler, the infamous, merciless Dottore Brunello Leggero, I loaded a YouTube video with the original transcription of that trumpet solo.

Well, okayie, will search for it later, and load it up again.

Say, man... any chance you can speed up (re)production of those no-limitation Ed. facsimulacra cylinders? I can't hold my breath much longer.

By the way, if you need 'em for any future kits, I can loan you a never-used Ducal A-train transfer; a rare Diz decoder ring; or the real prize, my flood-dampened, slightly moldy, mock-Marsalis coat-of-arms.

Brew and Ed, Jazz simulacra collecting, as you know, is a cruel mistress. We are cranking this stuff out as fast as we can, but demand far exceeds supply, so I will just have to counsel patience.

pretty funny... not to reign on your charade, but Pops recorded only one (1) solo w Oliver CJB (Chimes Blues) and it's written out!