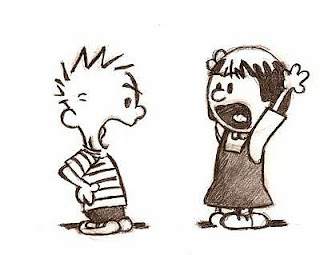 Posted by Steve Provizer at 5:59 PM

Your point is well taken. However, a bigger point would be help the kids understand the full scope of government activities, subsidies, etc. Also the relative size of the various government expenditures, especially highlighting the miniscule culture budget compared to the amounts which are discussed in regards to more publicized political debates. And finally, the role of governments around the world in supporting culture (of all kinds), and how that relates to the quality of life for all of us.

OK This is an entirely reasonable approach in a reasoned society.
But is that what we're dealing with? Friday's straight on analysis sorta implied not.

OK This is a rational approach in a reasoned society. But Friday's right-on post sorta implied not. Persistence yes, but the weight of the position/petition may not carry the day confronting a lead wall! Trust too can be suspect if it's not reciprocated.

What weapons do jazz advocates have in their quiver? Not money, not a broad base of support. A narrow, but deep base of support and strong beliefs. Confrontation is fine. Thursday night is a good example, but any result in favor of more jazz on WGBH will come from a mutually constructed solution (a 2-state solution, if you will). People have to come to the table.

I would point out the word "persist" that I used in the piece.

Steve, I appreciate your effort to bring your kids into the discussion. I got similar results with my jazz sax majoring son. Having worked in the arts/culture environment for many years, I'm sympathetic to the financial issues WGBH faces. That said, enlightened intentions lead to inspiring results...not what's happening there now. I've wondered if this decision was aired in their recent public board meetings and what, if any, discussion was heard. I too favor the two-state, win-win approach, while applauding our very cathartic and passionate gathering on Thursday.