A recent short piece in the New Yorker (they call it a "casual") brings us back to the shift in how this magazine and other "thoughtful" mainstream periodicals now think of jazz.

The piece, under the heading "The Musical Life" is titled "Protege." It opens this way:

"Jazz, once the national vernacular, lingers as a fading dialect at a musicians’ union in Hell’s Kitchen. Old men in black fedoras and roomy suits, men who toured Europe with Lionel Hampton and Chet Baker, now brush the hi-hat at Monday-night jam sessions before forty people in folding chairs. A few Mondays back at Local 802, “A Foggy Day” sounded downright murky until Quincy Jones strode in and a chorus of old friends cried, “Q! Q!”" 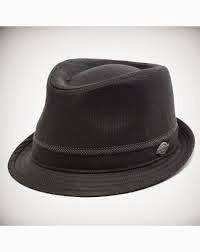 The piece focuses some of its attention on pianist Justin Kauflin, a protege of trumpeter Clark Terry. Kauflin's recording career was given a boost by the involvement of Quincy Jones, who also helped finance the documentary about Terry and Kauflin, called "Keep on Keepin' On."

Apart from this, there's a noticeably prurient emphasis on Jones' love life. He flirts with two women, and says: "four Sudoku every day, to keep me young. Puzzles, and young women!” The closing of the piece is:

"As Kauflin turned away, Oxenhorn patted his knee and said, “It doesn’t matter how good-looking or talented you are—when Q calls a woman over, she’s going to leave you." 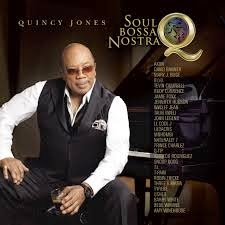 The final bit I want to quote is this:

“Until I met Clark,” Kauflin said, “I’d never been around anyone who could say ‘I love you’ so easily, who could spread joy just with his beautiful soul. That’s the same vibe I get from Q. We need to bring back that love because”—he gestured to the room—“we don’t exactly have a big audience anymore.”

So, to sum up: jazz is a fading dialect, the province of old men with fedoras and "roomy suits" (where the hell does that come from?) playing, essentially, for each other. Two elders of jazz are mentioned: Clark Terry, who is unfortunately, near the end of his life (offstage) and Quincy Jones (center stage), a swashbuckling womanizer with the bucks to keep the dim jazz flame alive.

Make of it what you will.
Posted by Steve Provizer at 2:22 PM

This is not the present, but it could be the future. The fairly near one.

But like the Democrats, jazz is out of strategies. We're all ideas and no game.

pwlsax-thanks for the comment. In a way, it is the present. It reflects an obvious shift in the zeitgeist. IF you use the political analogy, you can say that losing market share is like losing elections.

Art movements come and go, but what's odd about this shift to me is that in tone it's almost like some kind of payback. WHy? Dunno. Some kind of bogus anti-intellectual populism-again, analogous to the political situation.

In any case, I'm sure jazz people will continue doin what they're doin.

First, great blog! I can't remember how I got here, but I've read several entries and look forward to reading more. Not much in the way of information about you, but I see from WP that you founded and heroically attempted to maintain a community radio station, Radio Free Allston, until the FCC shut you down.
Anyway, I don't think you should take that ditzy article too seriously.
They're called "casuals" for a reason—the content usually being a hurried and arch take on some little New York event that more often than not involves celebrities. Consigning an art form to imminent oblivion is handled with the same breezy aplomb as say, merrily name-checking the famous parents-to-be who attended this year's invitation-only charity used-nanny auction at Sotheby's.
Being steeped in the music, your view of this piece as part of a New Yorker salvo of anti-jazz articles may be spot on, but to me it seems to be typical Talk of the Town fluff.

Thanks, Jared-I'm glad you stumbled onto the blog...I agree with you that the "casual" flattens everything out. This one does, however, fit into the pattern of marginalization, even disdain, of jazz that we increasingly see in both legacy and new media.

I've written about this a few times and probably will again, but I see myself as an invested observer, not a spear-shaker. I'm not sure what good it would do to join another "War on [drugs, terror, jazz bashers"].

Well, that's an alarming trend. I noticed after posting my response that your post was titled "More New Yorker Jazz Nonsense," so it should have been obvious to me that you've cited other instances. I'll check out your other posts.
Cheers!