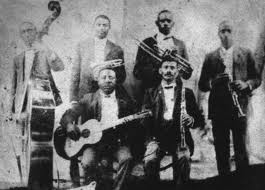 My last post(see just below) got a thread going on the Yahoo group of my band. Much of the conversation is about why young people-even those getting into jazz-don't pick up on the New Orleans tradition.


Brief History
The style we now call Traditional New Orleans music was a vital force until about the mid-late 1920's. Its influence was felt in all the branches of jazz that sprouted across the U.S. and it helped bifurcate popular music into "sweet" and "hot." 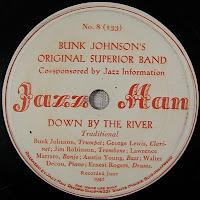 In the 1930's, this style began to be widely seen as out of date-by musicians and the audience. Then, in the late 1930's, some of the earlier N.O. players were "rediscovered." This re-established the music and also marked the start of what became the war between the "moldy figs" and the beboppers.


Since that time, Trad seems to have joined the list of jazz styles that continue to survive, with more or less vitality, or been absorbed into hybrid forms. I.e.,  barrelhouse/boogie-woogie, big bands, "free/New Thing," "West Coast," "soul-jazz," "hard bop..."

While traditional jazz is foundational for what we now call "mainstream" jazz, its influence is not easy to hear.

The Nub of the Matter
Like almost all musicians who grew up post-Bird, my musical influences played a lot of notes. At this point, I find it very challenging to pare back and find fewer and better notes. Harmony has obviously grown more complex and that is a double-edged sword. Our technical vocabulary has grown so large that we can justify playing almost any note at any time. It's incredibly interesting to wander one's self or to hear someone else wander into an improvisational blind alley and try to get out. New musical options-chromatics, passing tones, "off-the-horn" sounds and substitutions allow you many ways to do that. But is the process like going to the supermarket and being able to choose between 100 kinds of dishwashing soap? Does having so many choices drain meaning from each choice?

There's no right or wrong, of course, and I'll continue to listen to and love Bird and others with a fluent and enormous musical vocabulary. BUT, story-telling has always been at the center of Jazz. At certain points in our musical culture, the stories jazz musicians told were the stories many people wanted and needed to hear. In eschewing an older, simpler and more direct language-traditional New Orleans music-are we missing an important chance to connect? 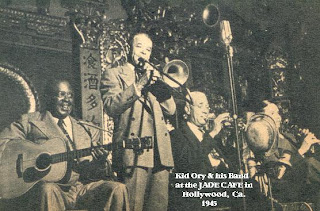 Posted by Steve Provizer at 1:10 PM

I think one of the reasons young musicians don't listen to the traditional jazz genre is because they find it hard to hear beyond the surface noise of the early recordings. I know that was true for me - you have to try and shut out the lo-fi and hear the music. And it took me years before I realised its value.

Another reason was because I'd heard so many terrible trad bands - straw boater and stripey waistcoat weekend warriors belting out 'The Saints' really badly. It's actually quite difficult to hear a really good live trad jazz band these days. It's great that you're helping to address that.......

Thanks, Ronan. I think it should also be noted that there really are a lot of good sounding recordings available these days.

Well stated, sir! I have been on a major trad kick for the past two years since deciding to write me MA thesis on Jack Teagarden, and agree wholeheartedly that there is a LOT to be learned from that music. Ronan points to some of the obstacles, for sure, but I think it's the stink of minstrelsy more than anything that turns modern listeners off more than anything. And rightly so -- "Dixieland" music (as the name implies) is inextricable from the popular attitudes of its time, and minstrelsy was a part of that. But if you can get past the "straw boaters and stripey waistcoats", as Ronan and many other modern listeners have, there's a lot to learn.

Thanks, Alex... There's probably a lot of things at work here in the background-the massive pendulum of history swinging back, recording production values seeming to run amok, etc, but when people who can "hear" new music proclaim that they find real, well "value" sounds so schoolmarmish-real pleasure and depth in the old stuff, it does carry some weight. It may help to restore some balance between virtuosity and storytelling.