Unions-Bah! What Are They Good For? 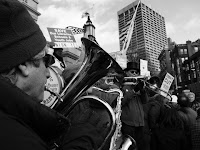 This past weekend, the motley musical crowd I play with-The Second Line Social Aid Pleasure Society Brass Band (SLSAPS)- played at a rally at the MA State House in support of Wisconsin unions-and unions everywhere(put into decent context here) and at a rally for the Student Farmworker Alliance and the Coalition of Immokalee Workers.

Maybe it was being around so many scrufulous people, or trying to play with frozen chops, but the whole weekend really turned around my attitude about unions. So, despite my ambivalence about such lists, I ask you to hearken unto my top 10 reasons why we just don't need unions anymore: 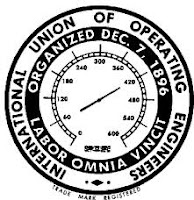 Posted by Steve Provizer at 11:24 AM No comments:

Another video from the "Big Bands on the Edge" concert I produced at the Emerson Majestic Theatre in 1989, here is the group "Orange Then Blue," playing the song "Evanescent," composed by leader/drummer George Schuller. Some fine solo work by Ken Cervenka, Gary Valente and Stan Strickland.

Posted by Steve Provizer at 3:17 PM No comments:

Looks like the NEA will cut the Jazz Masters program and government funding for PBS and NPR is in jeopardy. How will such cuts effect jazz? I'll just bite off a small piece of it and focus on Boston media. 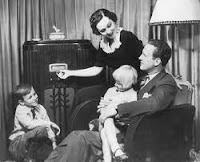 In Boston, radio's a different story. Jazz has a strong presence here and an NPR affiliate is one of the major players.

In sheer number of hours, the biggest providers of jazz programming here are WHRB-FM and WGBH-FM. WHRB runs jazz every weekday 5am-1 pm. It is the Harvard-affiliate and not a public radio station.

There are a number of other college stations which have jazz programs. Jazz Boston.org lists them all, although the list is not necessarily up-to-date (2 of my defunct shows are still listed). Some of the hosts are college students who know little of the music, but some are knowledgeable community members and/or musicians.

A recent enormous build-out and move combined with the bad economy have forced WGBH to cut back on tv and radio programming budgets. Losing the c. $11 million they get every year from the govt. would be a blow. It's important to note that last year, WGBH made moves to seriously re-position itself in the Boston radio market. In order to challenge the primacy of WBUR-FM and its all-news and public affairs format, WGBH juiced up its talk, eliminated all blues and folk programs and off-loaded its classical programming to a station it acquired-WCRB-FM.

So, it seems a simple enough deduction that, given any significant shortfall in income, WGBH would continue its trajectory and only retain the syndicated overnight jazz programming. Their major jazz show, 4 nights a week, is Eric Jackson's "Eric in the Evening." This is the major shmooze spot for jazz musicians playing in the area. Not my cup of tea, but I think these interviews do help to get people into the seats of local venues(albeit usually the mainstream ones). If "Eric in the Evening" did shut down, local stations with stronger signals than college stations would probably readjust programming to try and grab some of that audience-a pretty desirable demographic.

So, I think the loss of Federal money would not affect the sheer amount of jazz radio programming in Boston. It could de-centralize the radio audience, which might have a democratizing impact on audiences, with higher end acts and venues possibly negatively impacted, but smaller venues getting a boost.

But this is just Boston- a unique radio situation. In many other markets in this country, Public radio provides music, news and public affairs programming that would otherwise simply not be available. I say Federal funding should continue, but that whenever possible, the money should be used to create or buttress local programming that would not otherwise exist in a particular market.

Posted by Steve Provizer at 12:54 PM No comments:

Who is Art Tatum Dating? by Steve Provizer

Trying to figure out the saturation coverage of George Shearing's recent death; coverage equal to that given over to Billy Taylor. Taylor was a creative musician, not a musical innovator, but his work as activist/mentor/educator kept his profile very high. The attention made sense.

Shearing's sheer longevity may be vaguely at play here, as is the rarity of a jazz musician who sold millions of records. To my ears, Shearing's music is pleasurable and well-crafted but unexciting. He was capable of playing any style, but the chosen format of his most well-known groups was harmonically consonant and the soloing, while very adept, lacked edge.

Media exposure is the big player. Shearing, while blind, was a prodigy, white-British even-and a jocular pun-maker. In a hyphenated word: media-genic.

For comparison, let's throw Art Tatum into the equation. 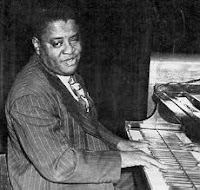 Like Shearing, Tatum was blind and a prodigy, but Tatum's musical impact was widespread and unassailable.

Shearing was a quirky, but user-friendly public representative of the jazz world; one of a handful of jazz musicians who showed up regularly on TV. Tatum seems to have been something of a cipher. Comments on his music are many, those on his personality few. He was not photogenic.


Despite Tatum's musical contributions, there are very few obits in 1956, the year of his death. In fact, there are 2 different dates listed for Tatum's death: Nov 4th and 5th. You can throw some of the blame on jazz magazines, which are notoriously derelict at putting their old stuff online. Some gleanings:

Wikipedia deaths give you Lugosi, Brecht and Pollock, but not Tatum. Wikipedia Commons does list him.
A brief Jet Obituary
The Times Obituary of the era.
Jazz Monthly in Britain had an obit
A brief graf in Billboard

Apart from jazz websites, there are a couple of "modern" mentions of Tatum: One site says: "But even the passing of a giant such as Art Tatum didn't create much stir elsewhere in the world. The Presidential election was on most people's minds, the crisis in Hungary and the Cold War all grabbed headlines, relegating the death of this true genius to the back pages in the obituary notices."

I'm not sure the Cold War really explains it.

The other contemporary non-jazz site that references Tatum offers the vital information: Who Art Tatum is Dating.

So, will a media-genic musician will always draw more attention?

The music is sublime.

Sordid backstory:
I still get pissed thinking of the SOB sitting next to me, whose cigar smoke you see wafting through the visuals, who refused to move his damn stogie 2 inches so it wouldn't blow into my mouth... 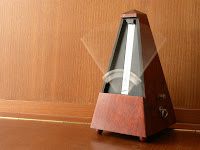 I offered "Tempo de Chet: as a substitute for Lento. Others:

Another in a series of videos I shot in the 80's and 90's, which have never been seen.

Foster, longtime soloist with (and eventual leader of) the Basie band, is a guy who devours changes. The rest of the group are no slouches.
Frank Foster-sax
Rufus Reid-bass
Kenny Barron-piano
Terri-Lyne Carrington-drums