Jazz From Argo and ABC Paramount 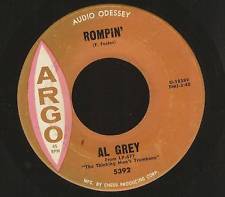 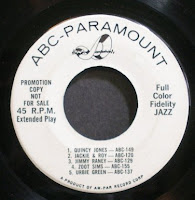 A lot of jazz would not have been recorded if left to the "majors" (Blue Note, Verve, Columbia, Atlantic). That's where "off" jazz labels like Argo and ABC Paramount stepped in and took care of business. I featured their music on the Duplex Mystery Jazz Hour on WZBC, 2.25.16

Posted by Steve Provizer at 12:46 PM No comments:

Recorded in New Orleans in the 1920's


THE DUPLEX MYSTERY JAZZ HOUR of
2/18/16 features music recorded in New Orleans in the 1920's. People might not recognize many of the names of the players, but they were grounded in the same musical atmosphere and in some cases, were the teachers of the people whose names we know so well-Jelly Roll Morton, King Oliver, Louis Armstrong,  Kid Ory, Jimmy Noone and others who left New Orleans in the teens and early twenties.


No doubt, there were many reasons why musicians stayed in the Crescent City. Some were content to teach, not interested in travel and separation from family, lacked the confidence to think they could make it "out there," or were temperamentally better suited to being a bigger fish in a smaller pond.

In listening to the music of those who stayed behind, I hear the main stylistic traits that others carried to the West Coast, Chicago, NY and other cities. For the most part, the players aren't pushing through musical barriers, but the N.O. feeling is there.

You ARE What You PLAY? 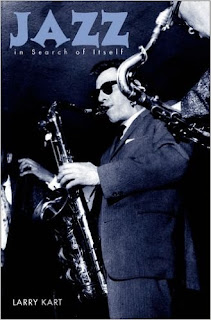 Whew. A non-academic book about jazz that references Rimbaud, Schopenhauer, Brahms, Proust, Faure...Larry Kart, author of Jazz in Search of Itself is not interested in dumbing down. I like that. I also like the interviews, the history he lays down and the scope of the music he talks about. And yet...
The philosophical foundation of the book is that jazz is a medium for storytelling and it must be the story of the player-nothing second hand (revivalist) allowed. Kart believes that the capacity of jazz to deliver music completely reflective of its practitioner is what marks it as unique and is the touchstone for assessing the player's contribution. Fair enough. But he takes it a step further.

"We love Ben Webster and Don Byas, Buck Clayton and Bobby Hackett, not just because their music was beautiful in the abstract sense, but also because it told their [his emphasis] stories, revealing something essential about the kind of men they were."

"From the time he made his first recordings...Stan Getz has been writing an autobiography in sound...And the path traced by this sonic quest may be the best evidence we have of who Stan Getz was and is." 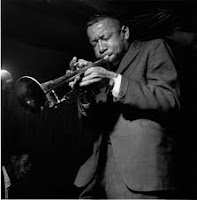 "I have never met Lee Morgan, but I would be surprised if he were not a witty, sarcastic, playful man."

His idee fixe simmering in the background makes Kart overreach in his analyses. He wants to both quantify and personify the playing and the jackets he tries to put on musicians fit too tightly.

Yes, Sonny Rollins often provides his own commentary in a meta way, but can you say "No statement is allowed to rest unqualified by [Rollins] for more than a few measures..."?

Were Hank Mobley's decisions "always ad hoc.. "? Will Mobley truly "not sum up his harmonic, rhythmic and timbral virtues and allow any one element to dominate for long"? 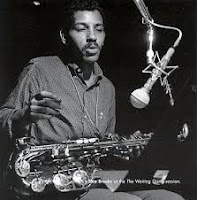 Perhaps Tina Brooks did have an "airy, keening, often speechlike approach to the horn," but is it true that it "instantly identified Brooks as one of those musicians for whom feeling and sound were one."[Are there musicians for whom it is separate?] And yes, perhaps his playing was sometimes "melancholic," but it's hard for me to buy that it "seems to have predicted that [his] time with us would be brief."


Is there a linkage between the "emotional language" and the person using or creating it? Well, yes, but in the same general sense that you are what you eat. But, to the degree that an improvised performance reflects life, it must reflect changing moods and circumstances. There's something self-contradictory about thinking that the music is the man and then trying to capture it in freeze frame-like characterizations. I can find ample playing by Rollins that is simply straightforward, plenty of Mobley solos with something other than ad hoc decisions and moments in Tina Brooks' playing that demonstrate a carefree joie de vivre.

This may represent an inherent limitation of criticism. You can describe the playing, you can quote and give your impressions of the player, but to overdraw comparisons between the player and the playing is, in the end, reductionist.

All of this said, mark me down as an admirer of Larry Kart. Unlike many jazz writers, he listens hard, takes risks and when he hits the mark, it's great stuff. I just think he wants to be a little too much of a myth-maker. 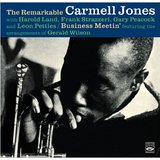 Horace Silver Quintet "Song for My Father" from "Song for my Father" (1964), Blue Note