"Big Bands On The Edge-Video One" posted by Steve Provizer

In 1989, I got an irresistible urge to lose a lot of money and produced a concert called "Big Bands On The Edge" at the Emerson Majestic Theatre in Boston.  The bands were: the Either/Orchestra (Russ Gershon, leader), Orange Then Blue (George Schuller, leader) and Jazz Composers Alliance Orchestra (Darrell Katz and Ken Schaphorst, leaders). Also featured was alto sax soloist Julius Hemphill. In all, over 50 musicians participated. In this particular video, some members from each group-about 25 musicians-are playing.

It ain't the Savory Collection, but it does capture a moment in jazz time and shows that even during a period considered neo-conservative, there is always explosive experimentation going on.

Let me note that, apart from Hemphill on alto, the blazing tenor playing is by Rob Scheps.


Posted by Steve Provizer at 11:24 AM No comments: 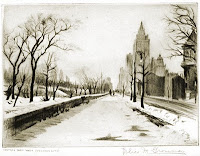 There's a syllable for every note of Coltrane's soprano solo. I've tried to make the typography scan as close to the rhythm as possible. Play the song Central Park West and hopefully, you can follow.

Sun's last rays,
Filter shyly though a
Grey urban haze;
Close the day.
Streetlights now shed...ghostly light...to light the way
To the
Place of which we speak...
Central Park, but not East or South but West, you can
Sense a difference, in the pace of this
Special place...
Secrets of its own, remain, unknown, but can
Be reflected in song, as John
Coltrane wanted to capture time and feelings and places;
Moments in time
Pass us by, but
Live again in song...
Breath of life and breath of peace;
Day's final breath, night's release.

Black to grey and grey to white;
Birth of shadows, death of darkness, dawn of day;
Silence stilled by the
Rising sounds, of the city as it wakes...
The quickening pulse of a giant grown restless
Gathering, momentum,
Finding living rhythms...For each
Life, and for each
Place a melody hidden but waiting;
To be found, to be freed;
Let it sound;
Let its magic, be unbounded;
Secrets told, and hearts, that unfold with this song,
Central Park. 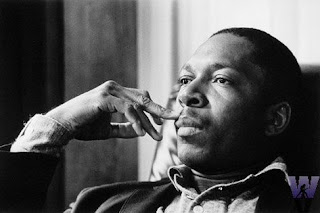 On the more-or-less 143rd anniversary of the invention of the phonograph, the right to physically publish sheet music has become largely irrelevant-especially for jazz musicians. Yet "publishing" continues to exist as an anachronistic impediment to the recording careers of musicians. 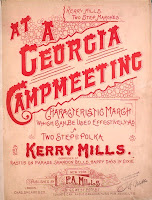 The imposition of publishing into the process of making a recording is a vestige of the late 19th and early 20th centuries, when the sale of sheet music was the preeminent means of making money via music in the US. Millions of people had pianos and every entertainment venue had a piano player. Literally billions of sheets of music were sold.


This was big money and all musicians but the most powerful ceded ownership of a song's publishing rights-essentially the copyright-to record companies. Victor, Okeh, Columbia et al held all the cards-or convinced musicians they did.
Through the 20's-30's record companies closed down the cultural sieve by trying to make performers-especially "race" and "hillbilly" performers-record material they already held the rights to. 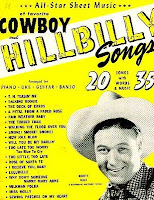 Eventually, in mid- 20th century, the balance began to shift. Now, it's supposed to be a better deal, because songwriters are getting 75% of the royalties due, but the whole thing continues to stink.

The fact is, as soon as the songwriter either records or writes down the music on paper, that in itself constitutes a legal copyright. That should be it-end of story about rights.  Demand for reproduction can be handled by the musician. Or, if it a tune actually hits (see the 5% statistic below), the licensing process can be subcontracted out. And yet, the entire structure of "publishing" continues to be artificially supported by the musician. It fills ancient coffers and flummoxes musicians-another impediment to financial independence.


Then, there's the distribution of royalties by the licensing organizations. This is essentially an impenetrable morass, as even music lawyers admit. but any way you slice it, it dis-proportionally rewards those at the top of food chain. In any case, only 5% of artists ever see a royalty check.

Of course, there are good guys in this industry and yes, I know, I know-musicians have to be entrepreneurs-we've talked at B.C. about jazz musicians getting their act together. But why has the deck been stacked for so long against the-god help us-content providers?

The unexamined life, they say, is not worth living. Maybe the life, the entire creaky gestalt of the music publishing industry, needs a closer examination. 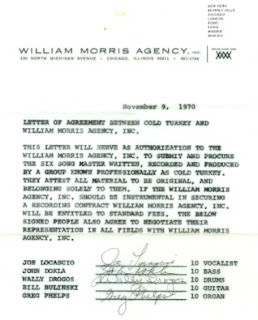 Posted by Steve Provizer at 4:53 PM No comments:

I was lucky enough to work with a great bass player for a couple of years. He masqueraded as a bookkeeper and I as a teacher. We were occasionally able to find a spot at the place we worked to blow together. Here are the results of one session. It's 18 minutes. Each section does have its own character. It's free and yet it still somehow makes sense.

Posted by Steve Provizer at 11:40 AM No comments:

Ah, the elevation of John Lennon to sainthood. He did co-write and write some great songs. He was also occasionally a creep and often ah, not what he appeared to be. That said, my teeth are set on edge by the "where were you when Lennon died" tweets, blog posts, etc.; a ghoulish piggy-backing on boomer nostalgia. Well, two can play at that game, I-gor.

Welcome to the First Annual Jazz Ghoul-athon. Answers are offered, but creative readers are encouraged to submit their own. Entrants become eligible to tour the Brilliant Corners Art Van Damme bow tie collection.

Where were you when Jelly Roll Morton got his nickname?
a. Ridin' the rails between Wichita and Joplin, MO
b. Stuffing twinkies for Hostess
c. Berating a scurrilous tailor

Where were you when Bix died?
a. Bathing in lime jello
b. Polishing my ocarina
c. Rafting down the Mississippi with Ferde Grofe

What were you doing when Miles first started to chew gum?
a. Beating up a cop outside Walgreen's
b. Reaming out Fats Navarro's horn
c. Surreptitiously cutting pages out of Errol Garner's phonebooks 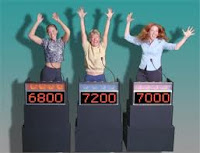 What were you doing when the plunger mute was invented?
a. Spiking my breakfast muesli with prunes
b. Buying condoms in the Village Vanguard bathroom
c. Nuzzling a bottle of Jack Daniels

What were you doing when Chet Baker lost his teeth?
a. Trying to get a wine cork out with a churchkey
b. Experimenting with a Pepto-Bismal tablet
c. Looking for my zippo

What were you doing during the Bird "Lover Man" session?
a. Dodging cymbals
b. Swapping road-kill recipes w. the bus driver
c.  Politely declining a charlotte russe.

What were you doing when Lionel Hampton gave his whole band a raise.
a. Shtupping Anita Ekberg
b. Counting my bullion
c. None of the above 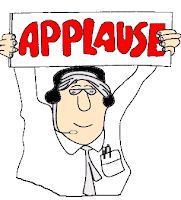