The Voice and the Horn in Jazz--By Steve Provizer

Props to @JoshSinton for asking the question: "When did jazz musicians stop emulating singers and begin to emulate other instrumentalists?" It calls for more than a 140 character response...

The short answer is that they never stopped. It's an admixture and always has been.

Look at the popular music strains in America as they led to 20th century jazz. First, the vocal lineage. You're talking about minstrelsy, formal spiritual choruses with solos, theatre music, indigenous 'ethnic' folks songs, blues, shouts and 'parlor' singing, a la Stephen Foster. On the instrumental end, you had the banjo, guitar and piano accompaniment for that music. Then you had brass bands, pit bands, concert bands, plus the whole line of virtuoso pre-rag and ragtime pianists, as well as other instrumentalists whose enduring reputations bespeak a technical ability that clearly surpassed the norm. 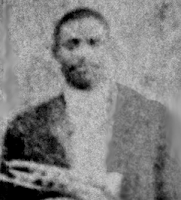 For the sake of having to start somewhere, let's choose Buddy Bolden as the first (non pianistic) jazz exemplar of our premise. If I try to imagine myself back in that uncharted musical territory, standing in Bolden's shoes. it seems to me that the variations I played would be based on what I'd heard vocalists do, what I'd heard cornet or other (single-line) instrumentalists do and what the trumpet in my hands wanted me to do-what its technical parameters were.
From descriptions of his playing-and listening to the style of those who learned from him-Bunk Johnson, Freddie Keppard-what Bolden played was clearly elaborations on the blues and you know what? To this day, that's what horn players starting out continue to do.

The world ain't the same as it was then. The resources for anyone who would learn to improvise are like the difference between hitchhiking and climbing on the Space Shuttle. But were the decisions that Buddy Bolden had to make really that much different than the decisions anyone picking up the horn has to make right now-100 years later? We hear singers, we hear virtuoso instrumentalists. The instruments we play imprint themselves and create tendencies of interaction.

The human voice, for most of us, still has a compelling quality-and jazz pays homage to that through the truism that you can't play a ballad if you don't know the words. 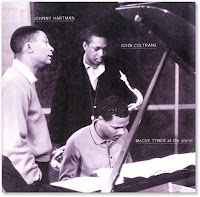 Posted by Steve Provizer at 1:47 PM

Morton & others report Bolden singing the (filthy) blues in performance, and is known to have grown up singing in the sanctified church in NO, which is pretty blues-like. Brass bands accompanied the singing and would march out playing into the street after the services. Connections of Bunk to Bolden are largely bunk on all counts, more plausible connections are to Wooden Joe Nicholas, who said he based his style on Bolden's, and King Oliver, whom Louis said idolized him & held his horn in parades - both had rough, vocal blues styles.

Ah, the v.o.a...Even better that Bolden sang himself...

Isn't it amazing that almost every leading trumpet man sang?

Okay, some couldn't, even if they'd tried: Fats Navarro (they say he had a very high-pitched voice), Miles (he had no voice at all), Clifford Brown (didn't need it, he sang through his horn), and Red Rodney had been cured from singing during his stint with Bird as "Albin Red", the fake blues singer; but Pops, Roy, Hot Lips, Henry "Red" Allen, Bill Coleman, Diz, Chet -- They all were great jazz vocalists.

The later modernists (Don Ellis, Booker Little, Freddie Hubbard & co.) played mostly their own tunes, and the standard repertoire disappeared from their book. Or could you imagine Booker Little play "Aggression", and then sing a love song, or some scat chorus?

Strange though that there are no leading saxophonists who sang as often as the trumpet men I've mentioned. And please don't take Lester's sad vocal on "Two To Tango" as a reference!

Is it the instrument, that made many trumpeters sing, or is it just their entertaining qualities which made them do (mostly credible) vocals?

Okay, Louis, and Dizzy, they stood in front of their bands, and maybe they sang just to do a little break from trumpeting.

But neither Johnny Hodges, or Coleman Hawkins, or Charlie Parker, Sonny Rollins, or Trane ... none of them did any remarkable vocal.

I mean: It's okay with me. No vocals needed at all. It's just an interesting question, isn't it?

Brew-Yes, I thought about that too. Maybe there's a personality type that's drawn to the trumpet that also sees itself as entertainer. I sing myself and admit that's true for me.

Do the Germans have a counterpart to our expression: "ham?"

This, from gmoke: "I thought since Billie Holiday that vocalists have tried to sound like instrumentalists."

Back,from me: Your point is well taken, although it seems reasonable that Armstrong's vocals in the late 20's really set that in motion.

the vocal quality in Jazz has been dominated by trumpet players,.yes.I sing,.Roy Campbell jr.sings,..but reed masters can actually trump us at times by singing through there horns.
Coleman Hawkins,.Indian summer,.is almost opera,.and shows how much deeper all of can go when we embrace that side of expression..

I certainly can see the value of instrumentalists trying to channel the human voice.

I've known teachers and some fellow musicians who were a little too ideological about this though. Like a teacher who insisted that if you didn't know the lyrics to a song, that you couldn't possibly play the tune with the correct sort of feeling. I tried to observe the lyrics of standards, and 9 times out of 10, I found myself not taking the tune as seriously as I did before knowing them. There's a lot of REALLY BAD poetry in showtune lyrics. Campy and maudlin all rolled into one.

The other thing is that if you're always thinking you need to channel the human voice in your reading of a tune or your improvisation, you're definitely boxing yourself into a corner. I find it "another important element to consider" rather than a be all-end all. Then again, a lot of this depends on your aesthetic. I would rather listen to Joe Henderson than Lester Young. Joe Henderson can be very lyrical and humanistic in his playing, but he also hits you with some weirdness and sonic invention that has no equivalent in the human way of speaking.

It's funny how human-centeredness seeps into our way of thinking about so many things. For me in even the strangest sounds or ways of connecting notes there is a quality of NATURE (as long as it sounds INTENTFUL.) What you can gather from someone's playing in terms of some relation to our living environment will depend a lot on your own imagination.

"It's Magic" indeed, Matt, or would you ever listen to that Doris Day song with the same ears again, after you heard Eric sing it on the bass clarinet?

Yes, Rob, the "traditionalists" sang as well, but Bunny shouldn't have done it. His vocals are less than poor in my opinion. I'm always glad when he would pick up the trumpet after his probably inevitable vocal chorusses.

Harry James sang only once, and this was already one phrase too many: "Zoom, Zoom, Zoom" with the Ben Pollack Orchestra, 1936. I'm shaking in fear when I only think of it. He never did it again.

As for Louis Prima, since he wasn't exactly a trumpet sensation, his sweet vocals ("Robin Hood" is just charming, isn't it?) are a balancing addition, and a very good match to his duo partner Keely Smith.

One sax player did some nice vocals, clearly influenced by the Louis-Armstrong, or Cab-Calloway school: Tony Pastor, Artie Shaw's man from the entertainment department; whereas Tex Beneke, his Millerish counterpart, was never very convincing for me, except at Guess I'll Go Back Home This Summer (1939), which I rather like for some (irrational?) nostalgic reasons, and because of Bill Challis's soulful arrangement.

Well, I needed a translation by a native-American for getting all the words.

P.S. -- Pres was a romantic, a seeker of beauty, and so it's understandable that he loved lyrics. If they really have influenced his playing, as much as he imagined they would? I doubt that.

Maybe he was more impressed, or better: inspired by the way, Lady Day performed those partly indeed silly songs (A Sailboat In The Moonlight)?

As for my own playing: I don't care for lyrics at all. It's the melody of a standard which interests me, and what I can do with it.

But you can tell if a German jazz musician knows "his" English, or not. It's namely the language as such, the rhythm, the sound of the phrases, rather not the exact words, which have an effect on the music.

It occurred to me that trumpet is a physically demanding instrument when compared with saxophone.

I owned an alto and a clarinet years ago and I extracted a noise from a trumpet once.

Reeds are like a glorified kazoo compared with trumpet. Once you figure out your preferred reed size, I liked 3's.

Hobbs uses some popsicle stick 4's or worse and chews them down to something more supple over time.

My point is reeds are fairly user friendly so you can cut to the chase and really discover things.

Brass must be wrestled. Maybe the vocal doubling was an adaptive strategy because trumpets are so damned exhausting and rough on lips.

Oh and I never bought into that pathetic, 'you gotta know the lyrics' myth.

Look old lyrics mostly suck in a comical way that is a ball when you are a ribald rotten old skank.

I mean, come on. Think of what you can do with something like 'Object of My Affection' or, more recently 'Don't Know Why You Didn't Come'.

The lewdness just injects itself.

A more interesting phenomenon was the inversion where Joe Lee Wilson, Oscar Brown or Eddie Jefferson would either write or wing lyrics to compositions that never had them to begin with.

What's not to like about Eddie's breathless "Freedom Jazz Dance" or Joe Lee's 'Livin High Off Nickles and Dimes'?

Eddie made a record with his old Cleveland bro, Frank Wright for Chiaroscuro and it worked well.

Later still you end up with Jay Clayton tone pieces using Emily Dickinson or the mysterious universe of Jeanne Lee.

I believe every instrumentalist should study singers as much as they study other instrumentalists. It is simply a fact that humans communicate more eloquently and fully, in more kinds of ways, with more subtlety and nuance, with our voice than pretty much anything else.

@ chris: There are of course standards with great melodies and sucky melodies, great lyrics and sucky lyrics, and everything in between. But in the really great songs the lyrics, melody and harmony all inform and interact with each other. It's really not an exaggeration. If you ignore the lyrics, you do not know the song.

I'm sure Chris is right about the physical demands of playing leading trumpet players to turn to vocals to get a break. I also think the fact that reed players can practice so long has led to their being the ones who make the breakthroughs in harmony, while trumpet players innovate in other areas.

Tom-I agree with you, in the lyrics of standards, there is a range from the very mundane to the poetic.

I'm a big fan of vocalese and have written lyrics to a lot of people's solos, which my group performs. It should be noted, however, that the more of that you write, the more filler is necessary. Jon Hendricks has probably done a majority of the best stuff and even in his lyrics, there's way too many "baby's" "digs" etc. (not to mention a lot of sexist tripe).